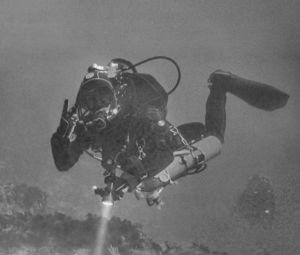 My professional placement with the Honor Frost Foundation consisted in assisting the team with the virtual exhibition of the Marsala Punic ship. The ship was discovered during the 20th century near the coast of Marsala, Sicily. This ship is one of the few Punic ships known so far and one of the most well preserved in the archaeological records. The ship was excavated by Honor Frost and an international team of archaeologists between 1971 and 1974. Located not far from th Punic shipwreck was the so-called ‘sister ship’, which was also surveyed during the same campaign. After these excavation campaigns the Marsala ship remains were conserved and put on permanent display in the Regional Archaeological Museum Lilibeo in Marsala, whereas the ‘sister ship’ has been left on the ocean floor. C14 analysis of the timbers and the potteries on board has helped to date the ship back to the 3rd century BCE. Regarding the purpose of the Marsala Punic ship, different hypotheses have been made: it was first considered as a warship by Honor Frost based on the lack of cargo and on circumstantional evidence, mainly being located near to the famous Battle of the Egadi Islands. Another assumption which is being considered as more conceivable is that this ship would have been a support vessel, the role of this type of ship being to resupply the warships crews in food, water and other supplies.

The first step of my work for this placement was to gain extensive knowledge about the Honor Frost Foundation and the Marsala Punic ship history. To do that, I was given publications and a book from the Foundation about the excavation of this ship, these documents contained all the information I needed to understand the wreck and to start my work. Indeed, I have been asked to focus on the markings that are present on the remains of the timbers and of the keel. These Punic markings probably made by the shipwright are really fascinating, one of the current hypothesis about them is that they would have helped the shipbuilders to assemble the different parts of the ship, like a puzzle. Then the second part of my task was to digitize the drawing of the remaining part of the hull and to digitize the markings as well. The aim of this digitization was to add it as a layer to the existing 3D model of the wreck made by Grant Cox at Artas Media for the HFF, to allow the viewer to see the markings. More importantly, the public will have the opportunity to zoom in to have a closer look at the markings to see them in details. The last step of my placement was to look for other vessels that were considered as military support vessels considering the Marsala Punic ship could have been a support vessel that would bring supplies to warships such as the famous triremes.

This project interested me because I am fascinated by ancient Roman and Punic warships that were complex war tools. It allowed me to gain more knowledge on Punic shipbuilding and the use of these kind of markings probably made by the shipwrights. I got a great interest in studying these markings because it is not common in the archaeological record and their specific use still remains to be discovered. Working on subjects not fully understood yet, doing research and formulating hypotheses to try to advance knowledge on the subjects is part of the reasons why I chose maritime archaeology. It was also a great opportunity for me to develop my knowledge on this ship and to develop skills such as vectorial drawing, tasks management efficiency, team work and distance communication during a pandemic.