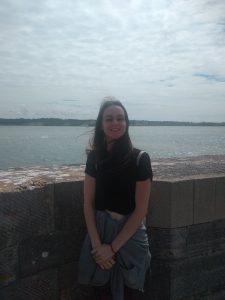 For my placement I have been helping the Honor Frost Foundation with their project on maritime archaeological archives. Maritime archaeology itself has come a long way in the last 100 years, partly thanks to pioneers such as Honor Frost who have helped to shape the discipline into what it is today. As the stories of those involved in the transformation of the discipline in the period of the 1950s- 1970s begin to fade from memory it becomes increasingly important to collect and preserve their records. The first-hand accounts and personal archives of these key individuals have significant potential to inform our understanding of the evolution of the discipline in regards to policy, technique and more. The HFF have therefore set out to find and preserve these archives for future generations, and in partnership with the University of Southampton are working to create the Maritime Archaeology Special Collections at Hartley Library which is already home to the personal archives of Sean McGrail, Lucein Basch, Nicholas Flemming and Honor Frost herself.

To help with this project I’ve been undertaking an initial audit of institutions that own maritime archaeological archives. This involves searching online for organisations, individuals, museums, charities etc which are involved in underwater archaeology and may have records from their work. I then compile this list into a database which contains information about the location of the archive, the type of archive and the format of the records. I will also then attempt to identify archives which may be at risk so that they can be prioritised to prevent the records from being lost. I have started looking initially at the eastern Mediterranean, as this is where the HFF is primarily focussed, but I will eventually extend this search globally.

I have faced some difficulties with this task and finding archive collections from the eastern Mediterranean online has proved trickier than I expected. There are language barriers and often smaller organisations don’t have much of an online presence so finding information about them online can be hard. Also there seem to be few dedicated maritime archaeological archives, which isn’t necessarily surprising as the discipline is still relatively new, and so often maritime archives are part of larger archaeological archive collections, and so this can also make it harder to find them. These challenges have meant I’ve had to change the way I think and approach my task. I’ve carried out a lot of research into archiving systems and the history of maritime archaeology, including attending a webinar with speakers from the Middle East who own and manage endangered archives. I have also been able to have a meeting with Julie Satchell of the MAT who kindly gave me pointers on how to find archives and compile data. After all this I’m now much better equipped to search for archives because I understand archiving practices not just in the UK but further afield, and this makes it easier to locate them online. I’m still in the process of compiling this database but am slowly finding more and more archives, and this work will hopefully help the HFF to assess the potential of their archiving project.