The Punic Ship of Marsala 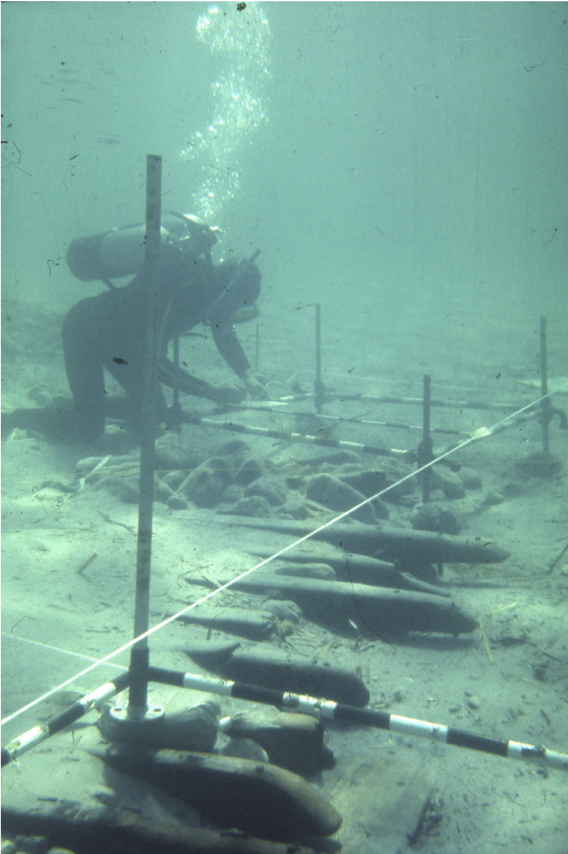 In 1971 the Marsala Punic Ship was discovered by chance off the west coast of Sicily during underwater archaeological surveys by an international team led by Honor Frost. Over the course of the next seven years the remains of the vessel were excavated, recovered, conserved and reconstructed.

The distinctive ship hull was sleek, built for speed, and bore Punic shipwrights’ marks. It carried little cargo other than ballast stones, and was dated through epigraphic analysis and C-14 dating to the mid-third century BC. Discussions regarding the vessel’s precise function have animated specialists over the decades. Frost hypothesised that it was a military long-ship that came to grief following the sea battle between the Romans and Carthaginians that ended the First Punic War on March 10, 241 BC. The Punic Ship, currently on display in Marsala at the Museo archeologico Lilybaeum Baglio Anselmi is recognised as a milestone in the history of archaeology.

Since its discovery the site has continued to inspire new research. Recently the hull was digitally recorded, a key to assessing its current condition and informing future conservation strategies. This was followed by the creation of a virtual exhibition and a virtual dive of the shipwreck site as it may have looked in the 1970s, offering viewers a chance to explore the vessel in greater detail. On another front, Frost’s unfinished memoir recounting her Sicilian experiences, which she wrote in the 1980s, was only discovered in her archive shortly after her death. Titled The Second Life of a Phoenix. Portrait of a Punic Ship Resurrected in a Sicilian Town, her book is being prepared for publication in English and Italian by Claire Calcagno and Elena Flavia Castagnino Berlinghieri. More information about the publication project can be found here.

Click here to explore a virtual dive of how the site may have looked in the 1970s. The tour was created by Artas Media.

Click here to find out more about the Digital Conservation and Archiving work undertaken from 2018.

Click here to explore a series of exhibitions created for Google Arts & Culture about the Punic Ship project.

The Second Life of a Phoenix

Click here to find out more about the publication project on Honor's unfinished manuscript 'The Second Life of a Phoenix'.

Click here to watch a webinar on the Punic Ship as part of the Under the Water series with the Nautical Archaeology Society.