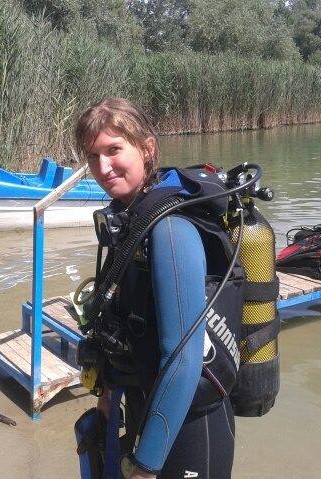 My studies in Maritime Archaeology at the University of Southampton made it possible to gain professional practice. Because of the connection between the University and the Honor Frost Foundation, I was able to join to their project about ancient anchors. During the work, I could improve my skills in the research of ancient seafaring, furthermore, to learn the methods of the creation of an exhibition. As I have always been interested in seafaring, the participation of the project became a useful and enjoyable experience. Below is a blog piece about the history of anchorology, I also worked with the Foundation to develop a virtual exhibition on the subject which will be added to the website soon.

History of Anchorology: The evolution of Mediterranean composite stone anchors From Bronze Age to Medieval times
By definition, an anchor is a heavy object attached to a ship to moor it to the sea bottom. Composite stone anchors were a modification of weighting rocks in an attempt to improve the holding power. The design retained a bigger hole on the stone slab for the rope and usually with two smaller holes for the fluke (made of wood) to grip the seabed.

The most common location of anchors is the seabed since sailors often had to cut them off for the safety of the ship. However, there is evidence from the land as these objects could be reused as building stones or left in old anchorages. Moreover, they could be found in sanctuaries and graves too. Surveying the finds often helps us to understand the formal use of the anchor by examining the wear marks. Alongside these clues historical iconography from Antiquity can provide evidence about their use. Also, wall carvings and pottery decoration may suggest the common place of the anchors in a ship too.

Since the 1960s, Honor Frost was the main force behind this area of study. Her publications mainly focused on the proper method for the survey and building up a typology. According to her work, the information gathered from a stone anchor could imply the size of a ship, its origin and maybe the formal trading route. For a survey of an anchor, the basics are taking measurements of all dimensions, establishing the weight, describing the shape and being aware of tool- and wear marks. The material of the anchor can be determined by the colours and/or by obtainings samples for analysis. The report should also contain photographs and drawn plans of the object. All the data together can help to fit the find in the typology and detect its chronological, geological and cultural background.

Bronze Age
In the evolution of stone anchors a slow but steady change might be recognised in the design of the slab. The earliest types show a large rope-hole and two smaller ones for the fluke (also known as tooth-holes). While the stone slab is flat, the top part is rounded. By the time around 1200/1150 BC a change seems to appear as the rope- and tooth-holes became nearly the same size.
During the 13th-12th century BC, some subtypes of the anchors started to grow. The change might be attributed to the intensification of shipping in the Mediterranean. The so-called ‘Bas-ket-shape’ type seems to be dominant with the centre of Cyprus, which retained the large size of the rope-hole.
The other significant group runs under the name of the ‘Byblian type’. The main characteristics are the elongated shape, and the apical groove above the rope-hole, that secured the rope’s posi-tion. It is a big probability, that from this group evolved the next category in Egypt c. 1000 BC. The anchor kept its shape but got an additional ‘L’-shaped piercing at one of its corners.
According to studies, the numbers of anchors may be over-represented compared to the follow-ing ages. The reason behind this could be the different methods of usage or the change in the respect of anchors. The question maybe answered in future research focusing on the relation between anchor loss and shipwrecks.

Iron Age
During the Iron Age, the transformation of the ‘Basket-shape’ type could be seen. From the 7th century BC, the shape of the slab became more rectangular but through the centuries it grew more elongated.
The mixture of round and square-shaped holes can be noticed from this time. The variations of rope-hole and tooth-holes would make the categorisation of these finds easier. However, it may be important to keep in mind, that there is no diversity in the shape between the two tooth-holes.
Despite the huge variation of hole shaping in this period, significant changes in the main characteristics of the anchors might not be noticed. The phenomenon may be answered by the emergence of different types of anchors that would not fit under the definition of composite stone anchors, e.g. the ‘Alexandrian type’ and stone stock anchor or the ones created from metal like leather and iron.

Post-Antiquity
After the Ancient Ages, the number of stone anchors decreased, but they still existed in the post-Hellenistic territories until the Medieval times. Because of the lower amount of finds, these anchors could not be represented as a specific group.
In general, the design and main parameters of the slab kept the basic characteristics: the flat, basket-shaped or rectangular form, and the number and place of the rope-hole and tooth-holes. By examining their shape, an elongation can be recognised in time that would refer to the trend inherited from the Iron Age.
In summary, during the survey of stone anchors, it is very important to compare them to the archaeological context they were found in and make the precise measurements, supported by lithological analysis; since the finds from both the Bronze Age and Medieval Times show big similarities.
The study of anchors was carried fowards by the Honor Frost Foundation, but several, mostly local, archaeologist also apply the methods that Honor Frost pioneered.
Recently, a platform was created as a global database. On the website of the Big Anchor Project (https://biganchorproject.com/) a world map presents the already known finds and sites, and is open for further application through the smartphone app. The app can be used for anyone interested in the topic and who find evidence of anchors by giving the GPS coordinates, date of find and upload a photo.