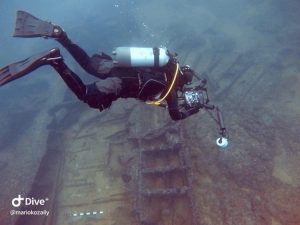 The Modern Shipwreck Project’s main aim is to research, document and record modern shipwrecks located along the entire Lebanese coast. The project is funded by the Honor Frost Foundation and implemented by the HFF team in Lebanon.

The project builds on the HFF Lebanon shipwreck database developed in 2020 on a  QGIS platform, building on results from previous archaeological and archival research and remote sensing data. The aim is to further populate the database through ground truthing sites identified in the database. Field work consists of survey by a team of archaeological divers, to ,where possible, systematically locate the wreck sites, verify their  presence or absence, record the finds, and extract as much information as possible to help determine the identity of the sunken ships. All the data is then uploaded to the MSP database. 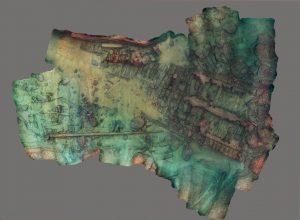 The shipwrecks that are being ground truthed are modern shipwrecks, here defined as watercraft dating from the 19th century to present times, with the majority dating to the mid to late 20th century, many of which were sunk during the Lebanese civil war from 1975 to 1990.  It is worth noting that many of these wrecks have a historical value due to them being part of a conflict, and will be officially recognised as UCH when the required 100 years have been completed, in accordance with Article 1 of the UNESCO 2001 convention. However, due to the lack of monitoring and enforcing of protective measures in Lebanon, shipwrecks are endangered by looting and damaging by sport divers and fishing activity.

The data produced from this project provides archaeologists with a set of tools to help manage potential cultural heritage sites, and possibly mitigate the threats that endanger them, or raise awareness of them. This is done in the hopes of minimizing damage to these sites until they are officially recognized as UCH and receive better protection.

The team is utilising photogrammetry to accurately capture and digitally preserve these wreck sites. This allows archaeologist to record their current condition and monitor their state of preservation over time. The models can be used to alert care takers in case of significant degradation due to natural and/or anthropogenic factors, which will help them take appropriate actions to better preserve the wrecks sites. The MSP’s database is in the disposition of archaeologists and allows them to determine and assess possible cultural heritage sites, and provides information and results of surveys performed in targeted locations across the entire Lebanese coast.