The Phoenician Shipwreck off Gozo 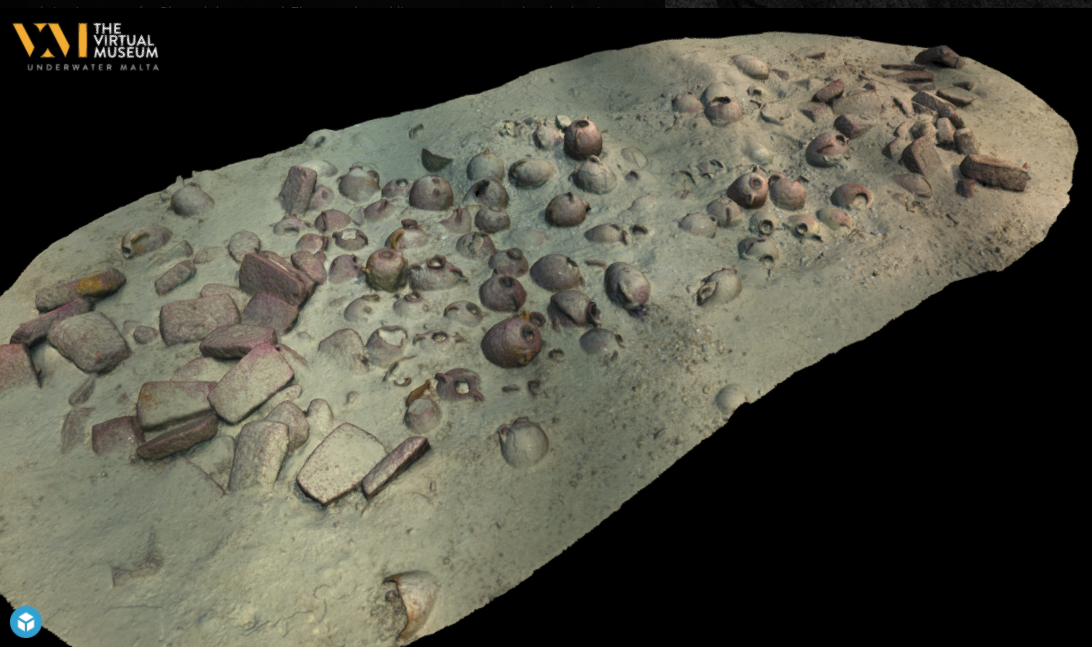 Since 2007 Timmy Gambin and his team from the University of Malta have been working on a Phoenician Shipweck located in 110 metres of water off the coast of Gozo, Malta. The Foundation has been supporting the project since 2017 and the team have undertaken annual surveys and excavation of the site. Despite the depth the results of this project have been remarkable. The depth of the site meant that time on the seabed was very limited, the team therefore had to undertake meticulous planning to ensure maximum results and the safety of the divers. Alongside this has been a programme of public outreach, as well as the launch of the Virtual Museum – Underwater Malta.

The 2021 season marks the end of fieldwork for the Phoenician Shipwreck Project, during this season timbers from the ship itself were recovered along with more astonishingly well preserved finds, including a human tooth! This has been a truly inspirational project, to find out more about the site and to see some of the finds check out the reports from the last five years which can be found here, and you can visit the project website itself here. The Foundation also interviewed Timmy as part of the Dive & Dig podcast series, you can listen to all five episodes here