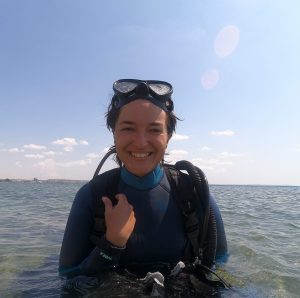 My main research interests concern harbour archaeology and more specifically the construction techniques of harbour works of the Classical and Hellenistic period, coastal geomorphology and geoarchaeology. In the framework of my PhD I aim in continuing my research on the Classical and Hellenistic harbours of Cyprus on a multidisciplinary level by studying in detail the construction techniques of their harbour works in comparison with those of the eastern Mediterranean and the Aegean, the supply chain of their building material and the diachronic development of their surrounding coastal landscape.

The PhD is a joint degree between Aix-Marseille University and the University of Cyprus. The doctoral research focuses on the construction techniques of the harbour structures of Cyprus in the Classical and Hellenistic Periods.

Cyprus’ harbour structures (Map 1) have been mainly dated between the Classical and Hellenistic periods (Τheodoulou 2006), a period of development for the Cypriot polities, which ended in political instability due to the rivalry between the Diadochi. These monumental structures have been frequently described in the bibliography as built following the Greek and/or the Phoenician tradition (see Goodwin 1984: 383; Młynarczyk 1990: 183; Raban 1995: 165; Marangou 1997: 69), but only a few of them are systematically documented (Empereur et al. 2017; Blue et al. 2019). As a result, multiple questions remain open regarding the construction techniques used, the various factors (environmental, political, economic) that led to the application of certain practices, their dating, as well as the provenance of the technological know-how. This Ph.D. thesis aims in continuing the study of the construction techniques identified in the best-preserved harbour sites of Cyprus. The site of Amathus will be used as the main case study, and an architectural documentation of its construction methods will be attempted. Furthermore, the historical, architectural, and geoarchaeological landscape of the site will be equally examined, in order to understand the potential factors that influenced the type and quality of construction. The rest of the island’s harbour sites (Nea Paphos, Kition, Kourion, Salamis, Marion (Latsi), Soloi, Lapithos, Elaia-Knidos, Carpasia and Kyrenia) will be used as comparative and complementary material to further enrich the discussion. The documented corpus of harbour structures in Cyprus that is expected to be created will add to our knowledge of Classical and Hellenistic harbour engineering in the Eastern Mediterranean and will contribute significantly to a comparative analysis of the published harbour sites in the region.

During the first year the following work was completed:
1- Bibliographic research focusing on the harbours of Cyprus and the harbour construction terminology
2-Archival research for photographic material regarding the ancient harbours of Cyprus
3- Organize and conduct the fieldwork on the harbour site of Amathus (ongoing)
4- Preliminary treatment of data from the ANDIKAT project in Amathus (https://ucyweb.ucy.ac.cy/marelab/en/research/andikat-project) kindly offered by the Marelab team of the University of Cyprus and the Technological University of Cyprus.

A series of courses offered by the École Doctorale were followed during the first year of the PhD as well as a GIS introductory course offered by the NAS (participation funded by HFF). Also as part of the MAGS 2021 organizing committee and the HARBOUR CITIES I international conference 2022 organizing committee (ongoing) I participated in the organization and the presentation of a paper. 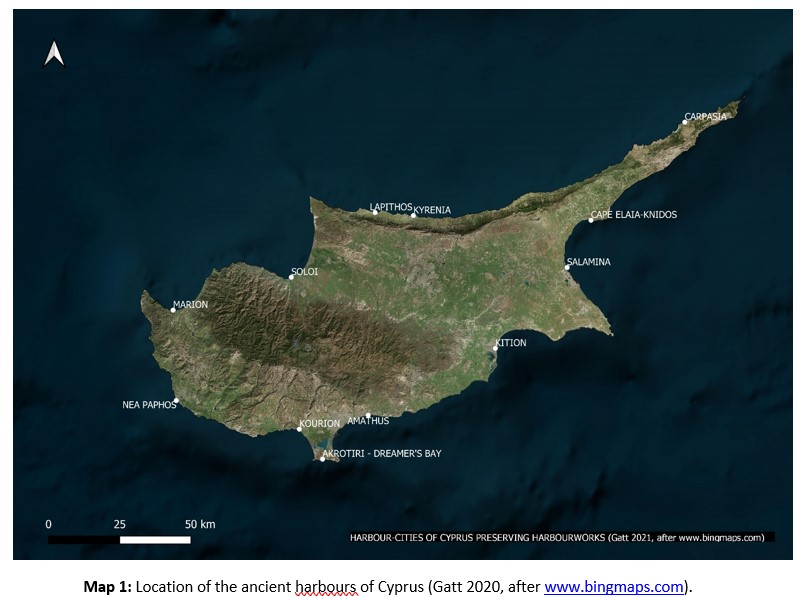