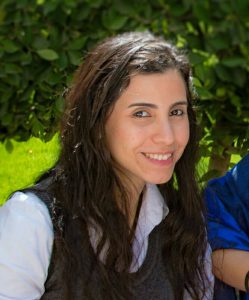 Being an archaeologist had been my passion since I was 9 years old, so following a BA in Egyptology from Ain Shams University – Cairo in 2008, I started working in the Archaeological Database Department which was established by the Japan International Cooperation Agency (JICA) in the Grand Egyptian Museum project. Then I got an MA in Cultural Heritage Management from Universite Paris I Pantheon-Sorbonne in 2015. After that I was involved in the academic career by working as an Assistant Lecturer in the French University of Egypt, meanwhile I developed an interest in Maritime Archaeology and studied this discipline in Alexandria University to get a diploma in 2019, through which I was granted an Erasmus+ Mobility for one semester in the University of Southampton.

During this semester, I was able to develop my PhD research proposal about the maritime archaeological sites in the Red Sea. Thanks to HHF, I received a scholarship to carry out this research at the University of Southampton where I believe I will benefit from the rich resources provided to researchers in addition to enhancing my skills in many aspects through the fruitful participation in different activities and opportunities offered by HFF.

The maritime archaeological sites in the Egyptian western coast of the Red Sea, connected together, form an important archive of the early maritime activity in this area during ancient Egyptian periods and through different later periods to modern history. Threats of destruction are already facing these sites due to the fast urban sprawl along the coast. My research is aiming to develop more sustainable management plans to achieve better community outreach of these sites through eco museums and community archaeology. Hopefully fulfilling these goals will help in involving the local community in the preservation process and raising public awareness to safeguard the Red Sea heritage.