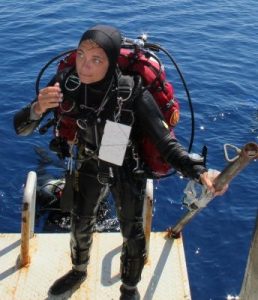 ‘DNA from the Wine-Dark Sea’ sought to assess whether DNA analysis can be effectively used to identify past vessel contents in amphorae and other ceramic vessels recovered from ancient shipwrecks. Prior studies (Hansson and Foley 2008; Foley et al 2012) had claimed that by both destructive and non-destructive methods, genuinely ancient DNA derived from past vessel contents could be obtained from shipwreck amphorae. However, in order to determine the source of the terrestrial plant DNA cited in these studies as deriving from past vessel contents, it was necessary to characterise the DNA present in the seafloor sediment and water column at these underwater archaeological sites in order to ensure that the DNA recovered was not simply a result of environmental contamination. Further, as organic residue analysis through GCMS has been shown to effectively provide insights into past vessel contents of ceramic vessels from both underwater and terrestrial sites, the samples were analysed by GCMS to compare the effectiveness of these two techniques. Both shipwreck and terrestrial samples were analysed to see if DNA and residues are more likely to be preserved underwater.

Travel to Cyprus and Croatia allowed for the selection, collection and export of ceramic samples for analysis in this study. In the case of the Babuljaš shipwreck ceramics, it was possible to select samples directly from the seafloor during excavation. The samples from the Mazotos shipwreck consisted of previously excavated sherds, and a meeting at the artefact repository allowed for the selection of appropriate samples. This was also the case for the terrestrial ceramic samples from the Hellenistic site of Yeronisos, previously excavated sherds were reviewed and appropriate samples selected for export. In all cases, attempts were made to select ceramic sherds derived from vessels with which a certain commodity was strongly associated, e.g. amphorae thought to contain wine, amphorae thought to contain olive oil, ‘wine’ pitchers, unguentaria thought to contain unguents. These were selected in order to assess whether assumed contents were consistent with our molecular findings. Once all samples had been selected, approved for export, and safely arrived in the United Kingdom, the laboratory work began. 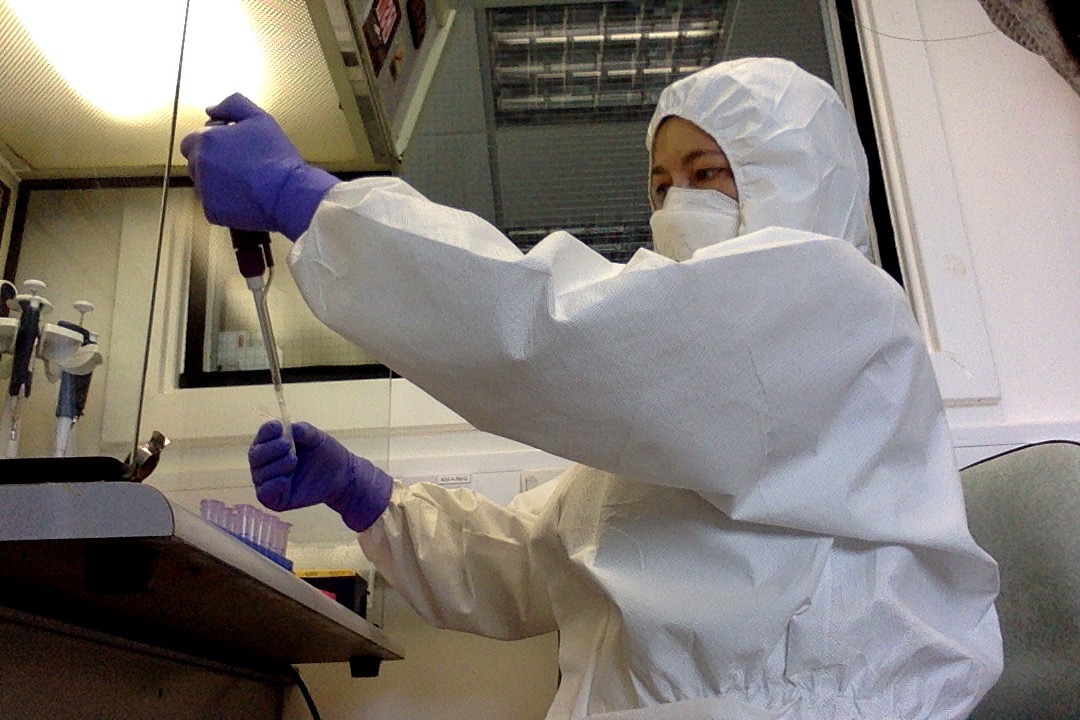 DNA analysis of 67 samples including destructive analysis of ceramic samples, seafloor sediment, and water column, as well as non-destructive swabs of shipwrecks ceramics was undertaken at the University of Warwick, Life Sciences Department. The exterior surface of all ceramic samples was cleaned with ethanol and bleach to remove contaminant DNA prior to analysis. Extraction was performed according to protocols developed by the Allaby Laboratory for the recovery of ancient DNA from marine cores, as described by Smith et al (2015). DNA libraries were prepared for sequencing by the Illumina NexSeq Next Generation Sequencing and indexed according to the protocols set our in Meyer and Kircher (2010). After the 67 prepared libraries were sequenced at low coverage (4 million reads per sample), and results preliminarily processed, 20 samples were selected for deeper coverage (20 million reads per sample). The analysis of the samples selected for deeper coverage is ongoing.

Organic residue analysis of 50 samples including destructive analysis of ceramic sherds, non-destructive analysis, and analysis of seafloor sediment was undertaken at the University of York, BioArch department. In addition to a solvent extraction protocol by DCM:MeOH which is well established and designed to recover lipids, the ceramics were also analysed by an alkaline fusion protocol developed by Guash-Jane et al (2004) and adapted by Pecci et al (2013) designed to recover the biomarkers of wine, primarily tartaric acid and syringic acid, among others (succinic acid, vanillin, etc).

Analysis of the data derived from the ‘deeper coverage’ in which 20 promising DNA libraries were subjected to further sequencing that would provide 20 million reads per sample (as opposed to the low coverage amount of 4 million reads per sample) is still ongoing. However, initial results suggest that the DNA recovered from the archaeological samples, both through destructive analysis and non-destructive swabbing, yielded only bacterial, fungal, and other environmental contaminant DNA. A vessel of known contents (amphora 426 from the Mazotos shipwreck known to have contained whole olives) did not yield any DNA that correlates with the known contents of olives. The results from the organic residue analysis, on the other hand illuminated several types of past vessel content from both the shipwreck and terrestrial ceramics. Plant oils were detected in several amphorae, two of which were assumed to have contained wine, and in one amphora assumed to have contained olive oil. Tartaric acid, considered the principle biomarker of wine, was detected in an unguentarium from the terrestrial site of Yeronisos, yet it was not detected in the several ‘wine’ pitchers included in this study, an intriguing result. Perhaps most significantly, small acids thought to be biomarkers of wine including syringic acid, succinic acid, and vanillin, among others, were detected in every sample of seafloor sediment included in this study, from the Mazotos shipwreck and the Babuljas shipwreck. 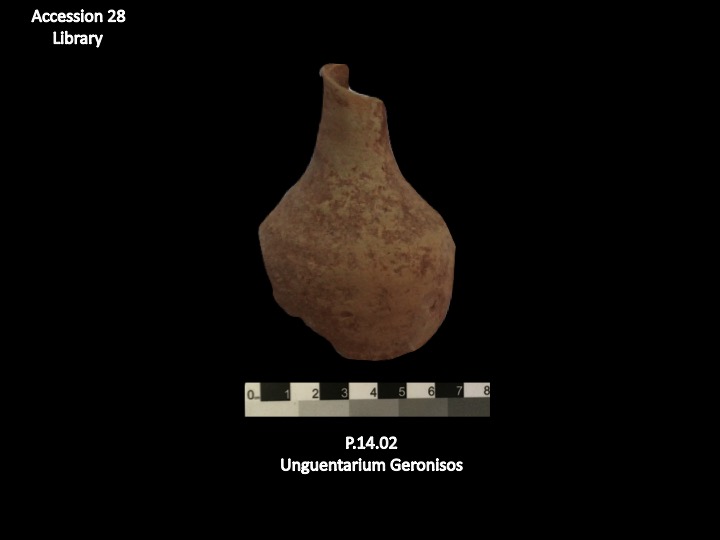 The aim of this project was to assess the effectiveness of ancient DNA analysis as a method for detecting past vessel contents in shipwreck amphorae, and to compare the utility of this method to a far more securely established method, organic residue analysis. While the interpretation of results from the deeper DNA coverage of 20 samples is still underway, this study has shown that organic residue analysis appears to be a far more effective and reliable method for characterising past vessel contents. However, DNA analysis of organic cargo items such as waterlogged grape seeds, olive stones, animal products, and resins may prove more fruitful than the analysis of the ceramic matrix of maritime transport containers, which was the focus of this study.

This research suggests that the ceramic matrix does not consistently retain DNA derived from past vessel contents. Organic residues are frequently retained, and it is through organic residue analysis that we are most likely to retrieve compounds and molecules that can provide insights into the types of commodities and foodstuffs transported inside shipwreck amphorae. Significantly, the discovery of ‘wine biomarkers’ in every sample of seafloor sediment included in this study, from both the shipwreck excavation area and adjacent natural seafloor calls into question our ability to securely use these compounds as biomarkers for wine on underwater archaeological sites, when they are virtually ubiquitous in the underwater deposition environment.

While the ceramic matrix appears unlikely to retain ancient DNA derived from past vessel contents, there is still great promise for the preservation of endogenous DNA in shipwreck cargo items, such as grape seeds, olive stones, butchered beef bones and resins. Upon completion of my PHD at Oxford, I would like to continue my research on the ancient DNA of shipwreck cargo items. Further investigation into the ‘wine biomarkers’ in seafloor sediments is needed, and will be undertaken.