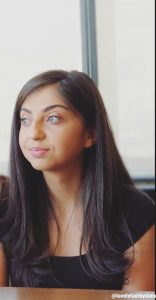 I am a Masters Student at the University of Southampton, with a scholarship from the Honor Frost Foundation. I completed my BA in Archaeology at the Lebanese University. Then, I did a minor in Marine Science and Culture at the American University of Beirut with a scholarship from the HFF. Over the years, I have acquired extensive experience from being a trainee in multiple archaeological sites and projects. I was a member in archaeological excavations organized by the Lebanese University and the Balamand University. In addition, I participated in archaeological surveys organized by the Honor Frost Foundation, and the Italian-Lebanese Projects.

Consequently, working in coastal surveys in the North and the South of Lebanon, helped me build a general view about various chronologies in archaeological sites. Moreover, I understood how the Lebanese sea can hold plenty of hidden potential and unexplored archaeology, and how we can relate coastal landscapes to human’s interaction with the sea. This sparked my curiosity and made me develop a passion for the maritime field.

My inspiration for becoming a maritime archaeologist was also influenced by Honor Frost’s attitude towards documenting, and publicizing underwater cultural heritage present in Lebanon. The current master’s program at the University Of Southampton is providing me with skills and development of a higher academic and professional level, which will allow me to study my country’s heritage in more depth.