“Between two piles of ballast-stones, a large timber (such as I had never seen before) emerged from the sand like the head of a primeval animal crowned with weed: the presence of a wreck was evident.” (Honor Frost, 1981).

Fifty years ago today a unique ancient shipwreck was discovered off the western coast of Sicily by an underwater survey team directed by Honor Frost​. Over the course of the next seven years the remains of the vessel were excavated, recovered, conserved and reconstructed.

The distinctive ship hull was sleek, built for speed, and bore Punic shipwrights’ marks. It carried little cargo other than ballast stones, and was dated through epigraphy, ceramic analysis and radio-carbon dating to the mid-third century BC. Discussions regarding the vessel’s precise function have excited specialists over the decades. Frost hypothesised that it was a military long-ship that came to grief following the sea battle between the Romans and Carthaginians that ended the First Punic War on March 10, 241 BC. The Punic Ship, currently on display in Marsala at the Museo archeologico Lilybaeum Baglio Anselmi​ is recognised as a milestone in the history of archaeology.

To mark the 50th anniversary the Honor Frost Foundation has developed a virtual exhibition and a virtual dive to tell the story of this remarkable discovery. You can also listen to our podcast, Dive & Dig which includes more information about the discovery and Honor’s legacy. 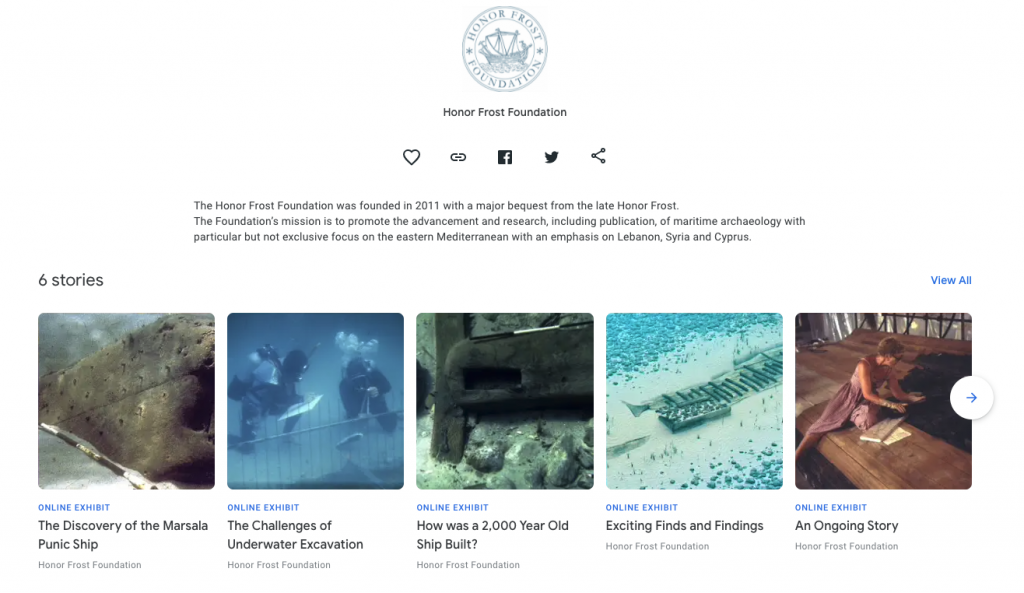